Computer games have the perfect ingredients to captivate the interest of kids. We all know that to some degree. After all, who wasn't enthralled by Super Mario Bros or Contra when they were a kid!

But games also have the power to educate kids in a fun and indeed unique way with colourful animations, catchy sounds, and of course, continuously moving objects.

We'll breakdown the perfect programming languages to build games based on age group and tell you how Camp K12 brings all of this together to create the perfect learning experience.

What are Coding Games for Kids?

Coding a game or building a game is one of the best ways for a kid to learn to code. It takes the monotony out of the learning experience by replacing the monotony of, for example, building an accounting app, with an action packed end goal.

When a kid learns how to code by building a game, they are learning programming concepts with the drive to replicate a game they like or build a magnificent world of their own that has unique characters and landscapes.

Scratch is a free to use, block-based programming language developed by MIT. It lets you execute commands with a simple drag-and-drop feature, one of the primary reasons why it is ideal for kids between the age of 6 to 14.

Scratch allows kids to build simple coding games of their own in a fun and interactive manner. It allows them to be creative while introducing important coding concepts. Basically, kids learn coding without realising they are 'studying'! 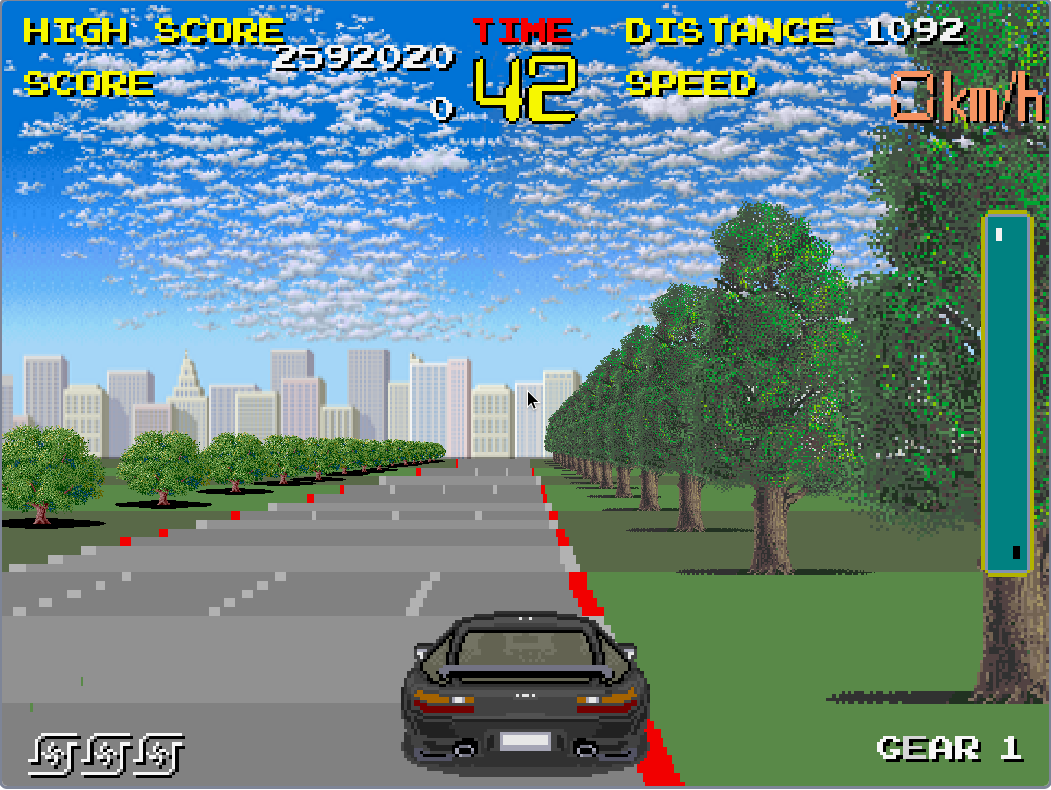 HatchXR is a popular free to use platform that lets users build 3D games. The learning curve is smooth and is perfect for kids to create marvellous 3D games or worlds of their own within a short space of time.

HatchXR allows both code and no-code functionalities and has a smart code editor that allows users to set their own custom parameters for their 3D games. 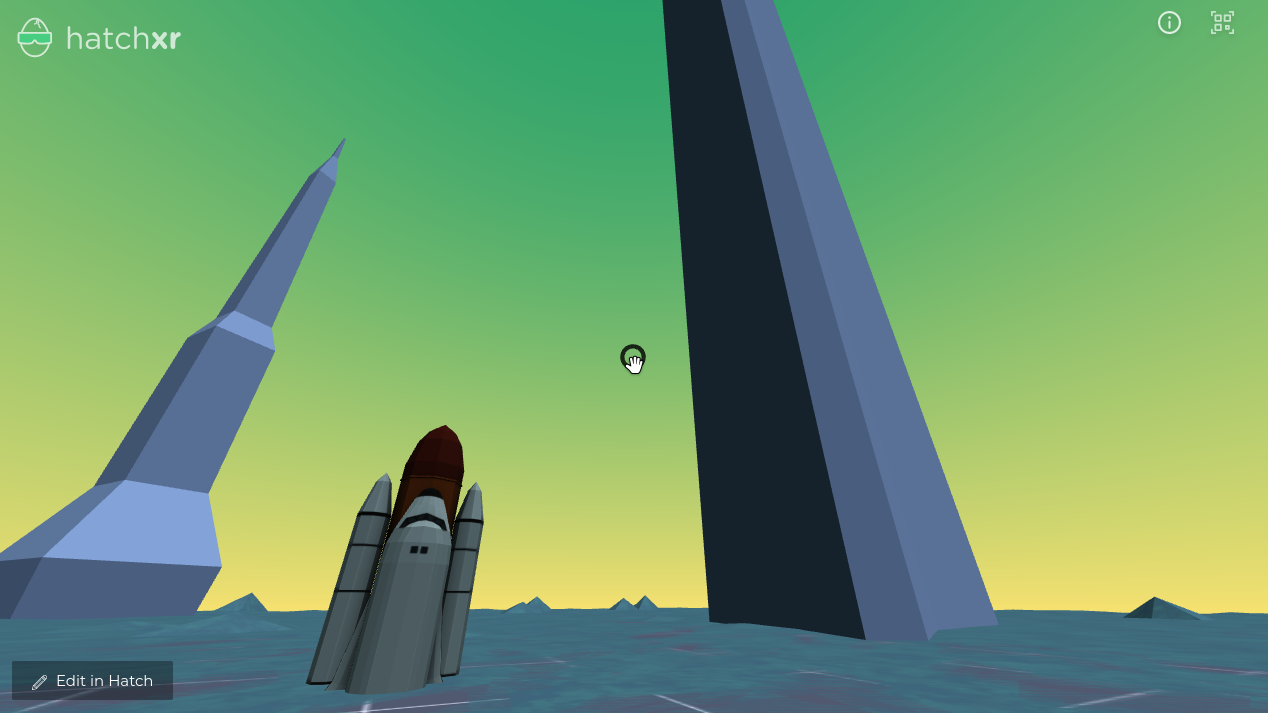 C# is widely preferred by many expert game developers because of its neat functionality and the robustness of its overall make-up. It is a multi-purpose, object-oriented programming language that enables building games seamlessly.

The popular Unreal game engine was built using C#. While it's easy to learn, it's advised for kids above the age of 11 who have basic understanding of programming and mathematical concepts. 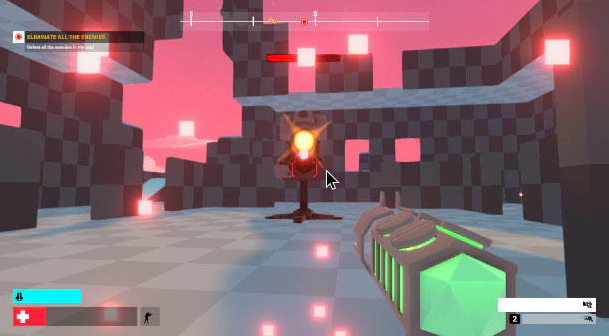 It might come as a surprise to many that JavaScript can be used to build games as it is popular for creating websites or ‘scripting’, in general.

However, JavaScript is a multi-paradigm programming language with a wide array (pun intended) of functionalities. Learning it is easy compared to other languages like C++ or LISP.

Thus, kids with a basic idea of programming concepts can excel at building coding games with JavaScript. It is generally recommended for kids between the age of 11 to 18. 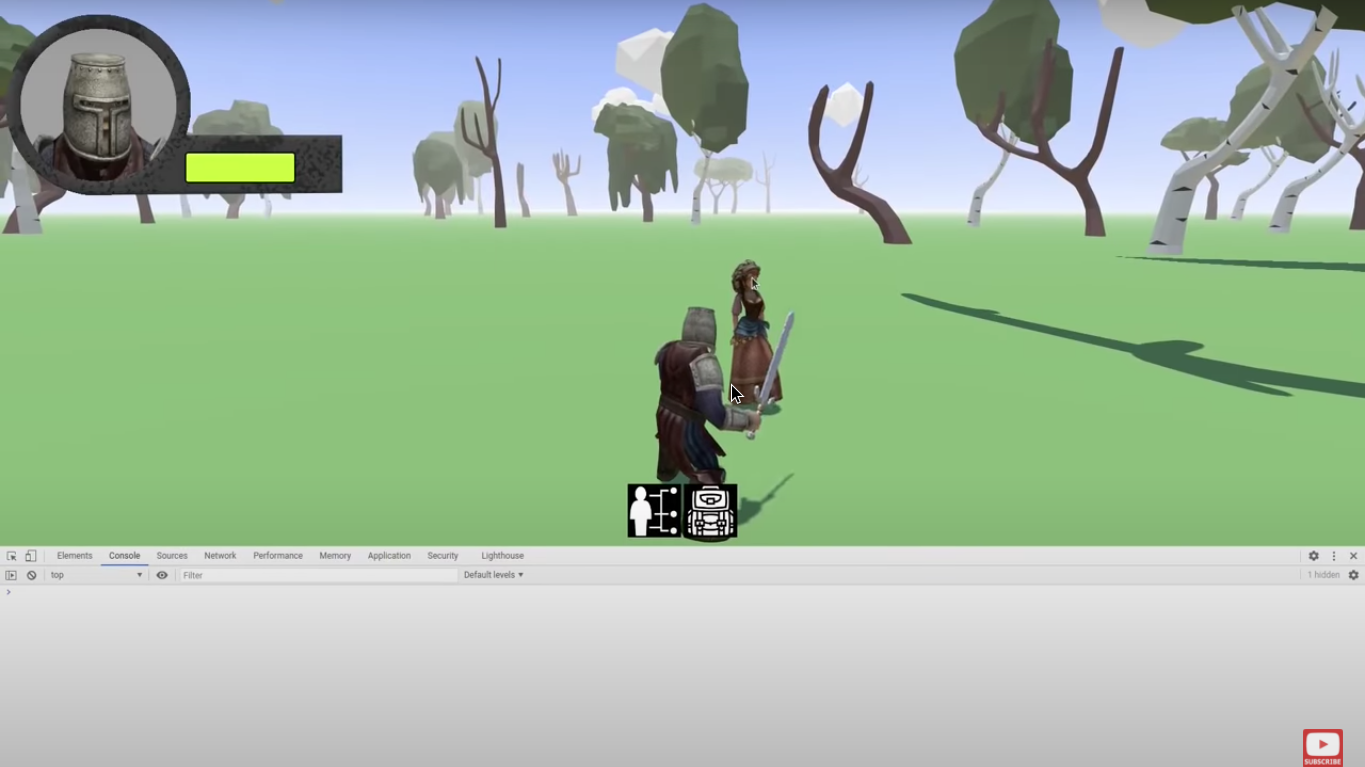 C++ has a tough learning curve but comes with its perks. It can literally be used to build anything from a website to a robust game. It is an object-oriented, general purpose programming language recommended for kids above the age of 14.

Summary: Some of the best programming languages and tools to build games include Scratch, HatchXR, C#, JavaScript, and C++. 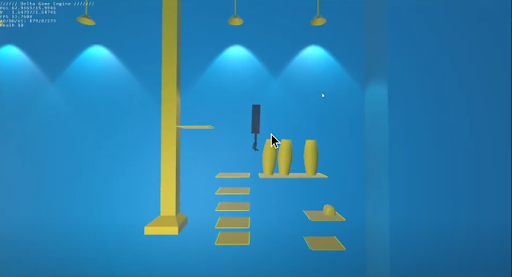 Best Coding Games for Kids for Age 6 to 10 Years

Platformer games are simple, 2D or 3D programs where the goal is to get your main character from point A to point B (with features like jumping or ducking). Popular examples of this include Mario, Sonic, Prince of Persia, and more.

Scratch is one of the most useful programming languages for platformer games as it's super easy for kids to add visual elements, sound snippets, and characters to liven up their very own gaming world. 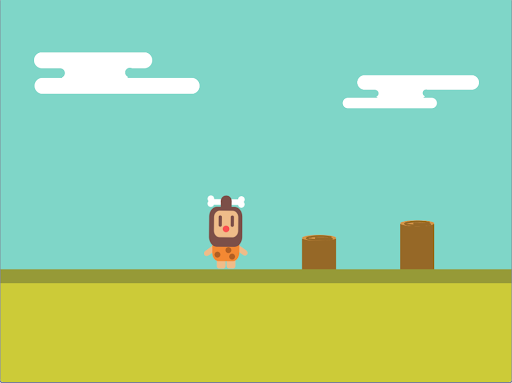 Arcade games were once physically present in the form of machines in popular hangout places. However, they slowly began to shift online with games like Pacman and Pinball going digital in the late 1980s/early 1990s.

The games are simple enough for kids to recreate on their own using programming languages like Scratch. But they can choose to add more complexity to the in-game mechanisms based on their vision for the game. 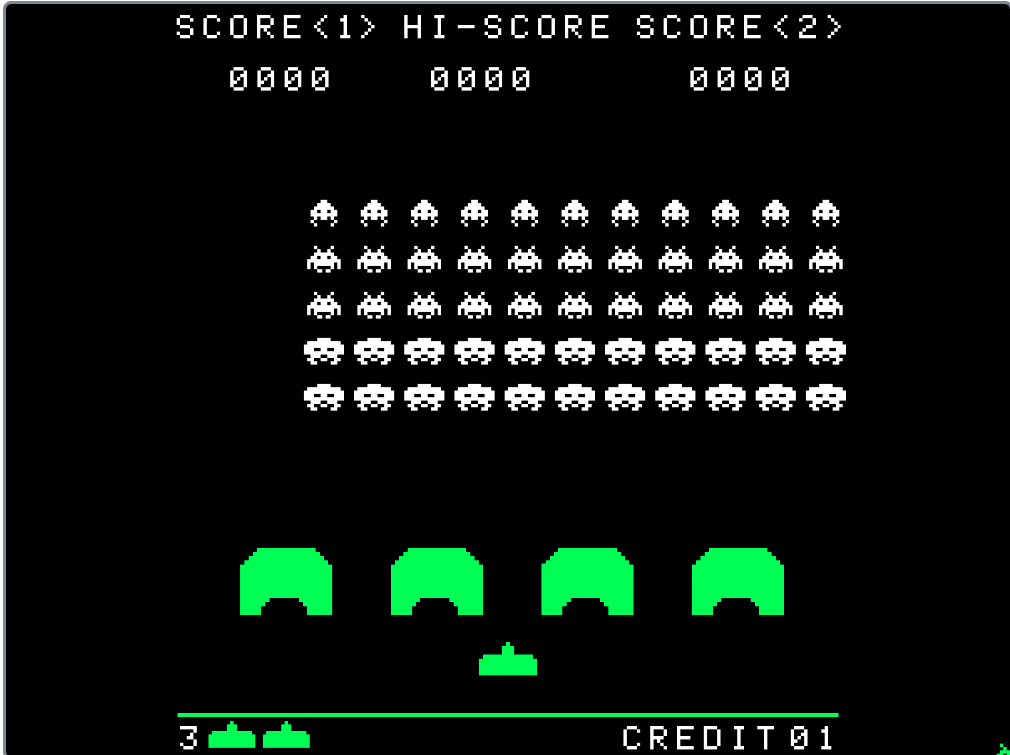 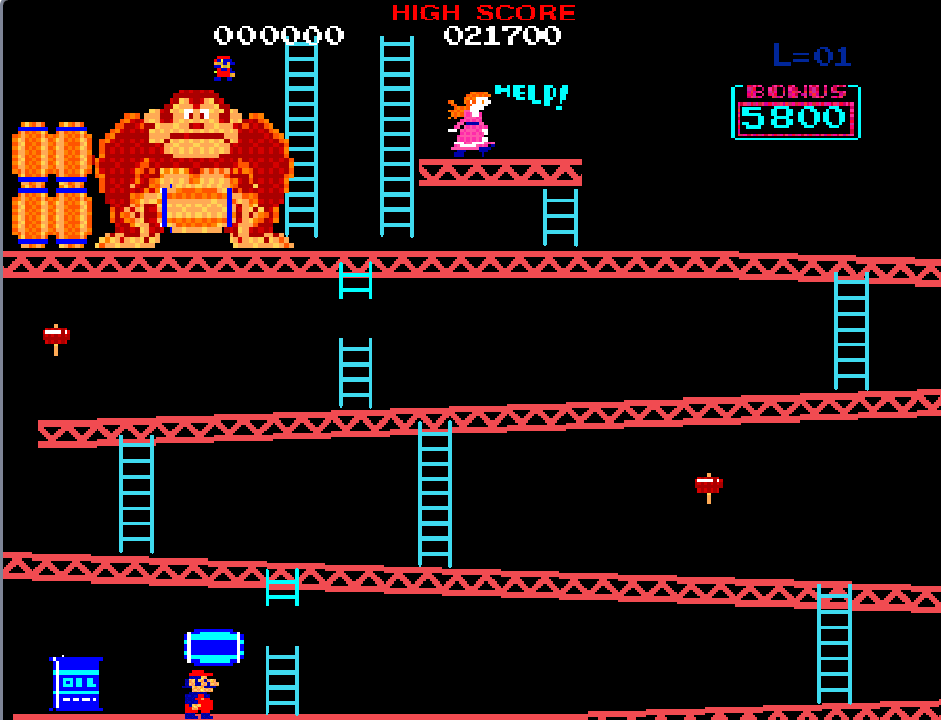 Summary: Best coding games for kids between the age of 6 to 10 include platformer games and arcade games that use simple languages and tools like Scratch or HatchXR.

Best Coding Games for Kids for Age 11 to 14 Years

3D games require a more comprehensive knowledge of programming concepts if you're going to use a language like Python or JavaScript. However, there's an easier alternative called HatchXR.

HatchXR is powerful because it lets users create worlds that are vast and expansive. Kids can use HatchXR's existing modules to create wonderful 3D games. They can even add their own elements, shapes, sounds, and characters using the code editor.

Even though it's relatively easier than Python and JavaScript, HatchXR is recommended for kids above the age of 10. Here are a few examples of games created using HatchXR. 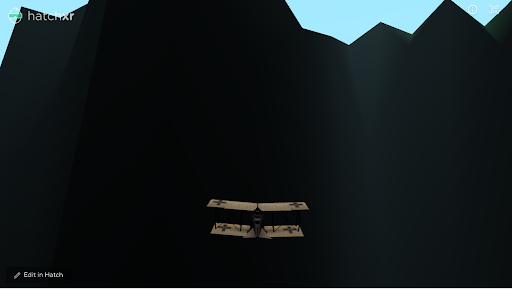 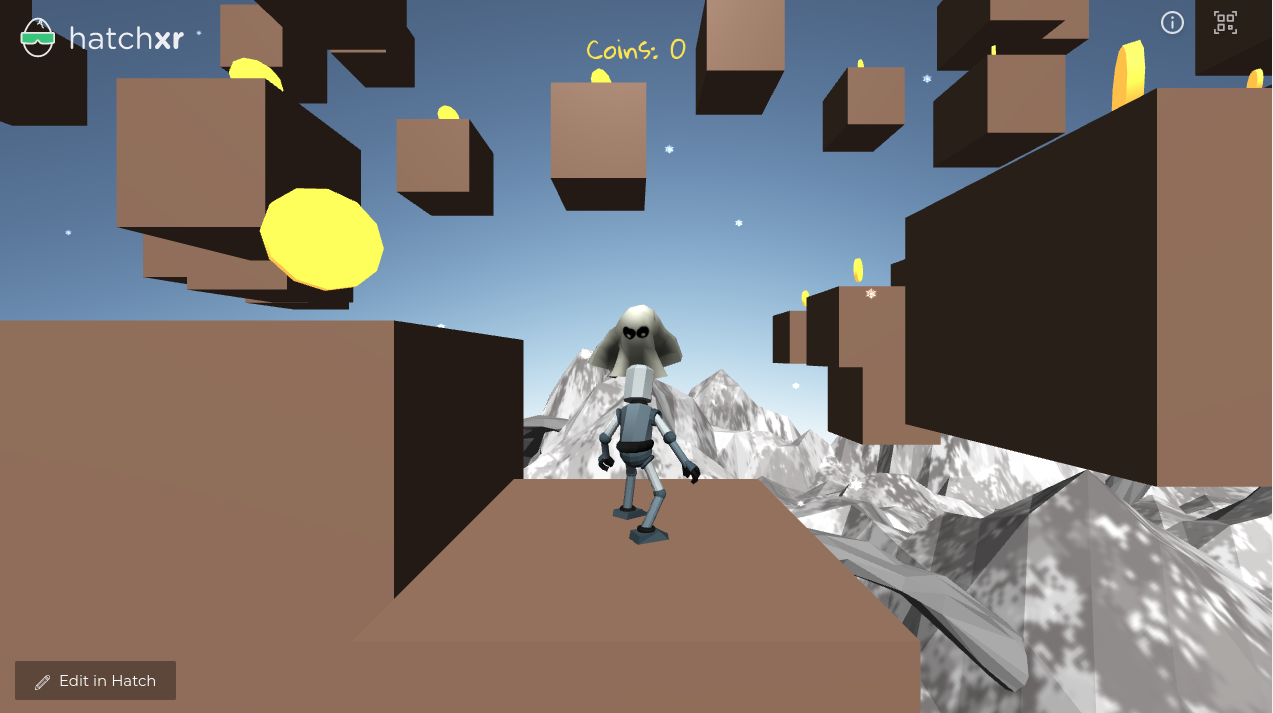 Minecraft is a beloved game that encourages kids to explore world building like none other. Using a few simple lines of code, kids can create a horse, a mountain, or a full digital (and unique) world where kids can invite their friends to play in.

It allows the exploration of creativity and polishes the way a kid thinks in the 3D space. Of course, there's an element of mathematics involved for spatial awareness that is always useful. We don't want the horse to end up beneath the ground!

Mastering these qualities are crucial when solving problems at scale later on in life. Here's an example of a custom Minecraft world in action. 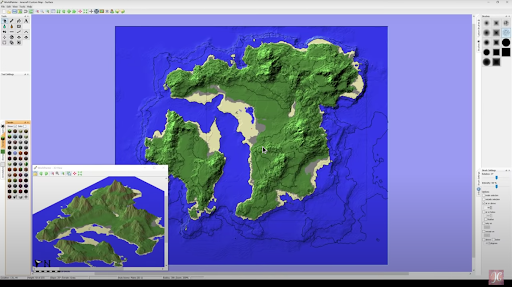 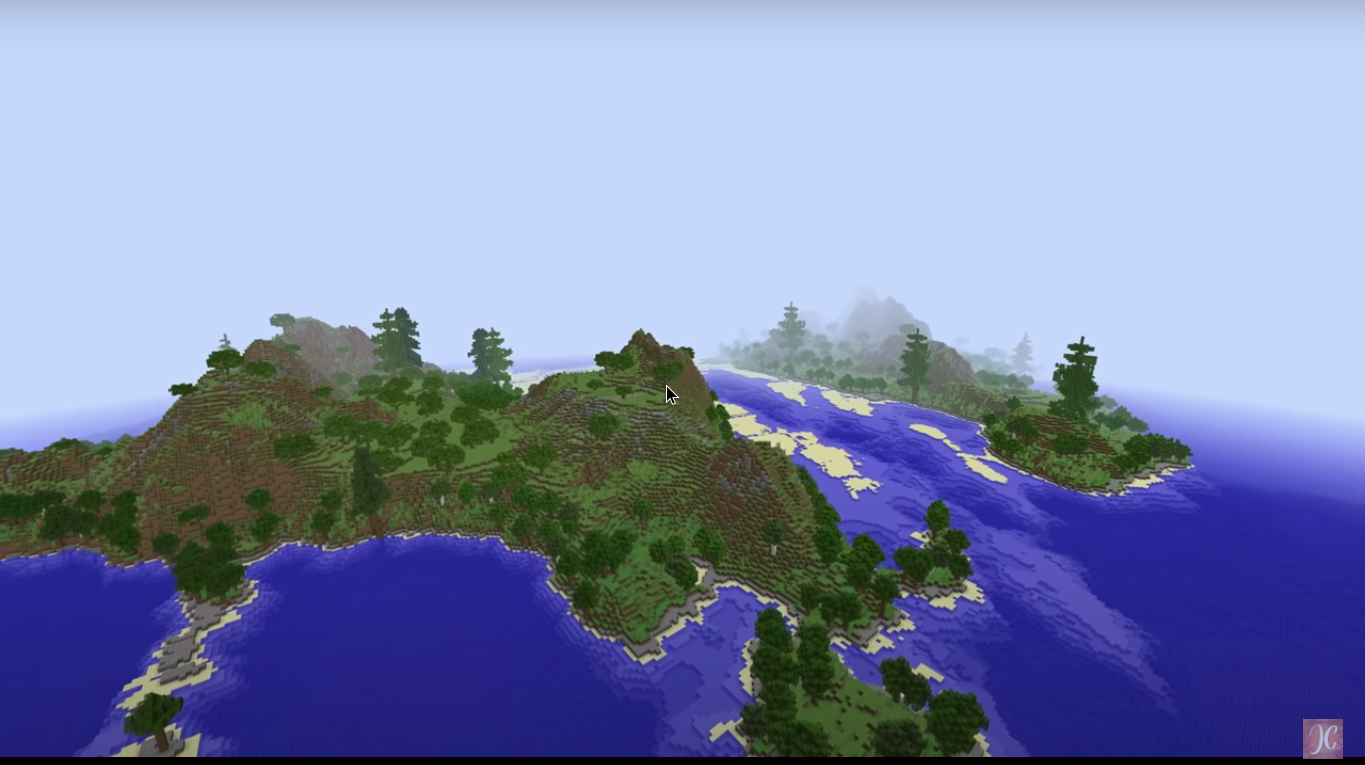 Summary: Kids above the age of 10 can build challenging 3D games from the world of Minecraft with programming languages and tools like Scratch and HatchXR.

Can Any Kid Learn Coding Games?

Long story short, yes! Any kid above the age of 6 can learn to code a game of their own. Kids have the unique ability to think and create in a way that is different from grown ups. Kids can use this particular ability right from the age of 6 to build simple games of their own.

However, it's important to identify the strengths of your child to understand if they can learn coding by building games. That's exactly where a leading IT education expert like Camp K12 comes into the picture.

Summary: Any kid of the age 6 and above can learn programming by building games. But it's essential to go through the proper learning curve like Camp K12 perfect learning path.

Where can Kids Learn Coding Games?

Camp K12 is the best place for kids to learn programming by building computer games. Most games are fun but if the concepts behind them are not introduced properly, the kid can lose interest.

That's why Camp K12's curriculum is designed in a progressive way. Kids will follow a learning path towards mastering a particular domain or programming language.

There's room for learning, innovating, and above all, having fun with coding! After all, the essence of coding lies in the beauty of creating worlds or programs of your own.

At Camp K12, kids can learn to build games with programming languages and tools like:

The game development projects through which kids learn programming include:

Check out the course curriculum at Camp K12’s website today.

Do I Need to Purchase Any Software to Take Online Coding Games for Kids?

No, you don't need to purchase any software for your kids to learn programming by building games. The programming languages, tools, and libraries used in Camp K12's curriculum are free to download and use.

Summary: You don't need to purchase any software when you enroll in any coding course for kids at Camp K12.

What are the Hardware requirements for coding games for beginners?

Your child would require access to a basic laptop to enroll in any course at Camp K12. However, if you enroll in a course for more than 6 months, you'll get a free laptop sponsored by Camp K12!

Summary: All you need is a basic laptop to learn coding at Camp K12. Don’t worry if you can’t get a laptop. Enroll in a course for 6+ months and Camp K12 will give you a free laptop.

Frequently asked questions
If you have any questions about the program that aren't covered here, email us at support@campk12.com

How do I teach my 7 year old to code games?

Enrolling your child into a thorough yet fun course from the likes of Camp K12 is the best way to introduce your 7 year old to the world of programming.

Camp K12 is a leading IT training website that gives kids access to premier programming classes with faculty and mentors that have worked with the best brands like Microsoft and Google. But that's not all.

Camp K12 makes it fun for kids to learn coding with exciting projects from the domain of game development. For example, your 7 year old would learn to build 2D games with the simple drag n' drop programming language, Scratch and platforms like HatchXR.

At what age can a child learn coding games?

Kids can learn to code games from the age of 6. However, teaching a kid to code can be difficult if you don't have a clear idea of what programming languages and projects to use. Coding will after all require the child to learn mathematical concepts and other important tenets.

You can make it easier for your kid to learn coding games while having fun doing it by enrolling in a learning path at a top notch IT training website like Camp K12. Their way of teaching coding to kids is fun, innovative, and efficient.

Children learn to recreate or make their own platformer games in Camp K12's curriculum. The projects will be based around 2D and 3D games that have the scope for exploration and innovation.

It is never too late to start learning how to code especially with the help of computer games. So yes, a 12 year old can learn to code games but there's one important thing to keep in mind - the learning curve should not be overwhelming. Otherwise, the child will lose interest.

That's why you should check out fun websites like Camp K12 who have a neat curriculum that's laid out in the form of a learning path. It's a progressive way to learn coding without feeling overwhelmed.

Request a call back!